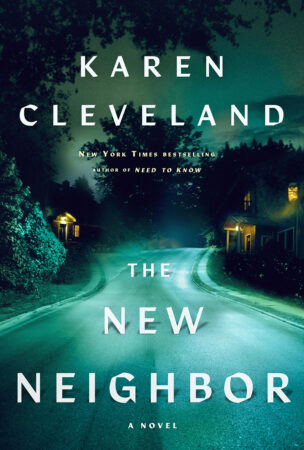 Secrets, jealousy, and paranoia collide when a seemingly perfect new family moves into a neighborhood with ties to the CIA in this gripping thriller from the New York Times bestselling author of Need to Know.

Now, facing an empty nest and a broken marriage, Beth is moving from the cul-de-sac she’s long called home, and the CIA is removing her from the case that’s long been hers: tracking an elusive Iranian intelligence agent known as The Neighbor.

Madeline Sterling moves into Beth’s old house. She has what Beth once had: an adoring husband, three beautiful young children, and the close-knit group of neighbors on the cul-de-sac. Now she has it all. And Beth—who can’t stop watching the woman stepping in to her old life—thinks the new neighbor has something else too: ties to Iranian intelligence.

Is Beth just jealous? Paranoid? Or is something more at play?

After all, most of the families on the cul-de-sac have some tie to the CIA. They’re all keeping secrets. And they all know more about their neighbors than they should. It would be the perfect place to insert a spy—unless one was there all along.